One of the most important principles of the interpretation field is being able to produce a complete and accurate rendering of the source material. This is generally understood to mean that we shouldn’t add, omit, or alter anything in the original message. However, this mantra can be extended even further by adding that our renditions should be understood in exactly the same way as the original message. I think Robert Plant of Led Zeppelin said it best: “. . .[we] want to be sure / ‘cause you know sometimes words have two meanings.” With this in mind, we delve into the main topic for this week: double meanings.

Double Meanings and Misunderstandings are Dangerous

I think the above really goes without saying, especially in the context of interpretation. Anything that can be misconstrued or misunderstood is a problem for us, and in some cases, that misunderstanding can have grave consequences. In the worst cases, we might think there is a second meaning or an equivalent to a word between two languages when there really isn’t (false cognates), and what we’re actually saying is understood as something completely different. 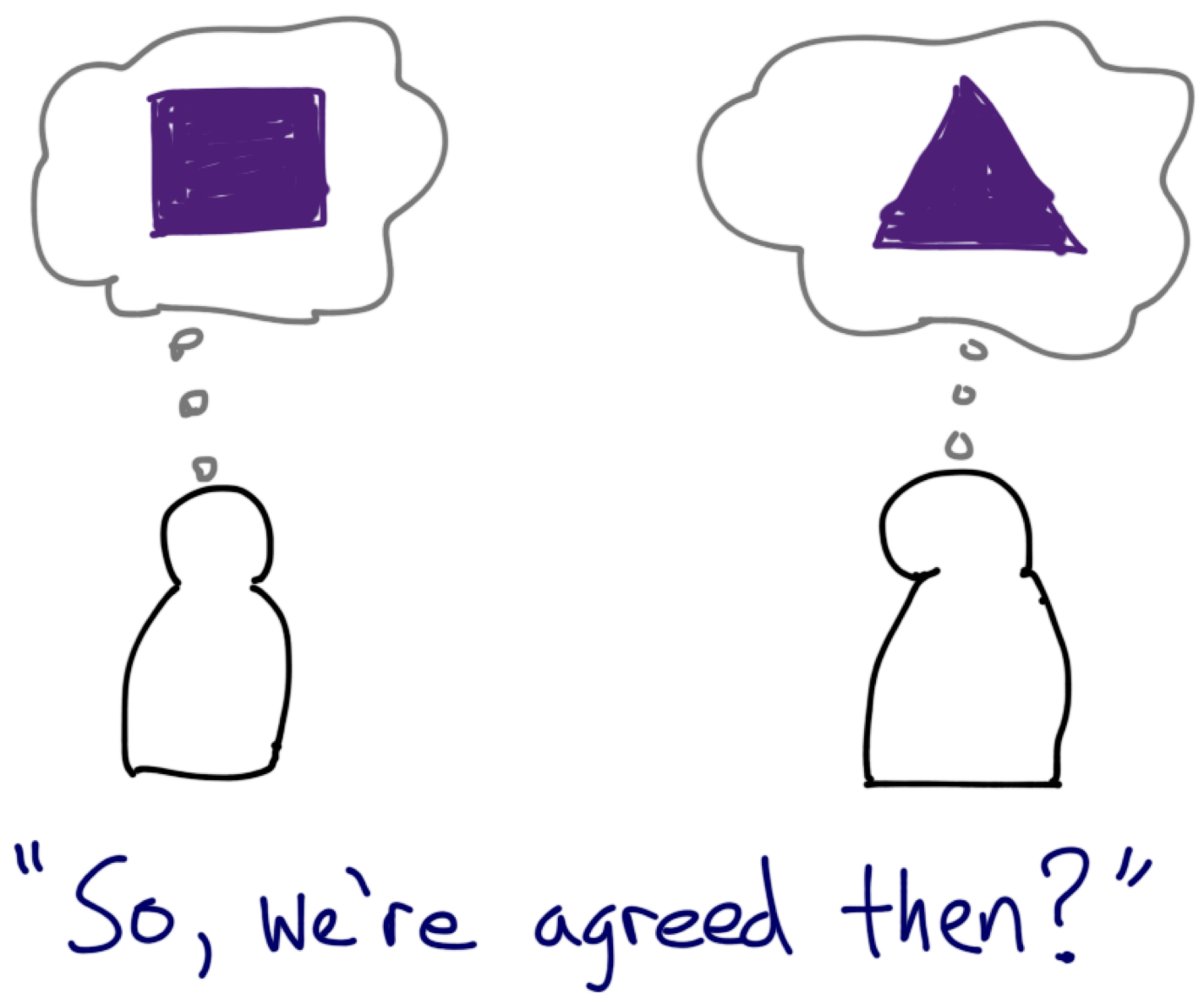 The famous 71 million dollar interpreter mistake continues to be the perfect example to drive this point home. Willie Ramirez came to the hospital with “intense headaches and fleeting consciousness” due to a intracerebral hemorrhage and looked to be in serious condition. When asked what was wrong, his mother spoke on his behalf saying in Spanish, “Él está intoxicado.” The interpreter understood this to mean that he was intoxicated assuming that the word “intoxicado” had a direct equivalent in English, but didn’t realize they were fabricating a second and very incorrect meaning. “Intoxicado” only has one correct meaning in Spanish, and it’s not the same as the English “intoxicated” meaning “drunk;” the correct interpretation would be “poisoned.” Because of this, the doctors assumed Willie had been the victim of a drug-overdose or drinking too much. He didn’t receive the treatment he needed, and because the hemorrhage was left untreated for two whole days he became a quadriplegic — his life was seriously affected by one simple misunderstanding.

Creation of a double meaning when there isn’t one in the first place is a dangerous habit, but there are also instances where the phrase actually does have two separate meanings that could be confused. A good example of this is a court proceeding where a man was being tried for a traffic violation. The interpreter told the defendant in Spanish that he was being tried for “una violación,” which led the accused to jump up and scream emphatically “¡Yo no violé a nadie!” This is because while “una violación” can mean “a violation” like “a violation of the law,” it’s more widely understood as a “sexual violation” or, in other words, “rape.”

Another thing we hear working in the Interpretation Education industry specifically related to testing and Oral Proficiency Exams is that “the graders couldn’t decide on what I was saying so they marked it wrong,” and by extension that “this is obviously because they don’t know what they’re doing.” This sort of attitude is highly unproductive, and misses the entire point of the proficiency test; if what you’re saying can be understood in different ways, maybe that isn’t the best way to say it.

Find a Way to Say It More Clearly

This is one the easiest ways to avoid the danger of double meanings. There is almost always a way to say something more clearly which avoids all of these extra interpretations. Thinking of the traffic violation case, the interpreter could have used a word like “infracción,” which can only be understood as a violation of a law. This is why we work with techniques like expansion and compression.

Expansion is the process of taking an idea and elongating it without changing the meaning. For example, a phrase like “I called her last night” could be expanded to “I established communication with her the night before today.” Compression is the exact opposite; rephrasing an idea in fewer words, but still preserving the meaning. Both of these exercises train our brains to think about different ways to produce ideas, and this skill can be used to avoid those ideas that can be misunderstood. Again, if what you’re saying can be misunderstood or understood in different ways, it’s probably not the best way to say it.

Our job as interpreters is to try to avoid introducing any sort of ambiguity into our work, however, we must preserve any ambiguity that was already there. The point is that what we’re saying shouldn’t be unclear unless it was already unclear. Using the above techniques can give your brain the tools it needs to do exactly this. Navigating double meanings can be tricky at first, but it’s absolutely necessary to become the best interpreter you can be; you need to be able to understand what is said and, more importantly, you need to be able to recognize how you are understood.

What are some difficulties you’ve encountered with double meanings? How did you go about dealing with them? Leave a comment below, and check back next week for another edition of Links Interpreters Love.